At Polish national law level, the general antitrust legal regulations are mainly set out in: 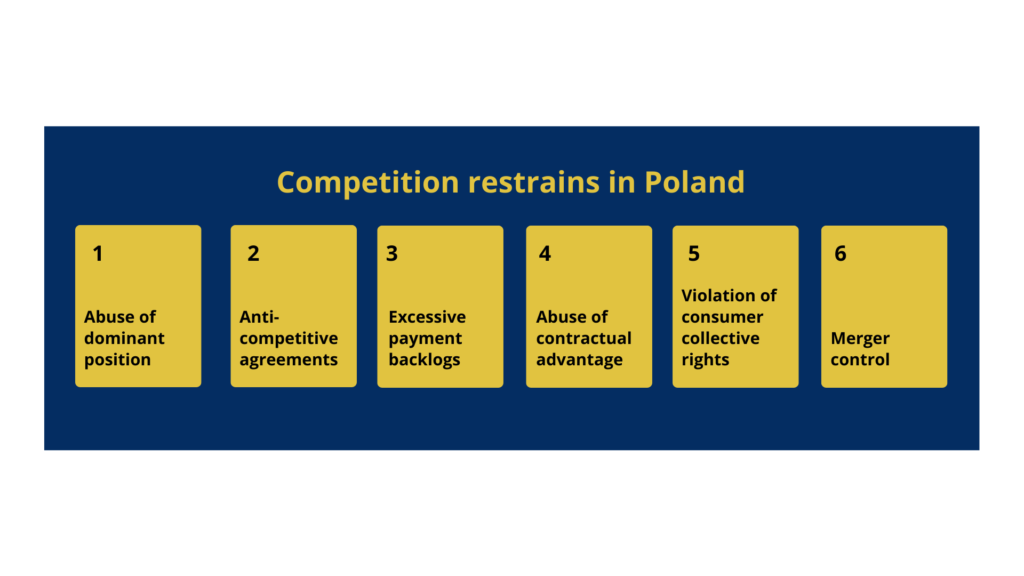 The general antitrust provisions are articles 101 and 102 of the Treaty on the Functioning of the European Union (“TFEU”):

The main pieces of competition law provisions regarding horizontal agreements are:

The main pieces of legislation regarding vertical agreements are:

The main piece of legislation regarding abuse of dominance is the Communication from the Commission — Guidance on the Commission’s enforcement priorities in applying article 82 EC Treaty to abusive exclusionary conduct by dominant undertakings.

The main piece of legislation regarding merger control is Council Regulation (EC) No 139/2004 of 20 January 2004 on the control of concentrations between undertakings (“EU Merger Regulation”).

EU antitrust rules have the force of law throughout the EEA. They are enforced both at a European and at a national Polish level, in the latter case only where trade between Member States is affected.

EU and national regulatory / enforcement authorities cooperate extensively with each other, including in the exchange of confidential information necessary to prove an infringement of the EU competition rules.

In principle, the EC will generally be seen as the best placed authority to deal with any case where:

However, the decision will be taken on a case-by-case basis. The decision by the EC to initiate proceedings shall relieve national competition authorities of their competence.

The EC has substantial enforcement and investigation powers. For example, it can:

EC decisions can be appealed to the General Court in Luxembourg under article 263 TFEU. In turn, General Court judgments be questioned within appeal proceedings based on legal arguments to the Court of Justice, also in Luxembourg.

Technically it is the President of UOKiK that takes decisions, however in practice he is supported by extensive internal structure of UOKiK, recently organized in 6 offices and 14 departments.

UOKiK has broad investigative and inspection powers, mirroring those of the EC under the Merger Regulation.